Big Music Entertainment CEO Mayanja Ibrahim alias Big Eye Starboss has finally bowed to pressure and crossed from NRM to NUP. Big Eye is set to out a new banger dubbed Uganda Olemwa. This follows after the singer failed to perform on stage for the past 3 years.

According to the singer, he believes that the only way he can return on stage is to stand with the oppressed. Hmm, of course its on record that Big Eye Starboss is a staunch fan or supporter of the ruling government but then he regrets why he sided with it.

He is one of those artists who is always humiliated by fans every time he steps on stage. They [Fans] pelt bottles with urine at him claiming he betrayed their struggle. Therefore why would they support somebody who betrayed them.

In the new Uganda Olemwa song, the singer tries hard to side with those that are oppressed because of the escalating commodity prices in the country. In so doing, he believes his fans will give him a second chance and allow him perform on stage like never before.

Dr Cephco is a Rat, He Must Apologize, Sheikh Umar Roars Hard 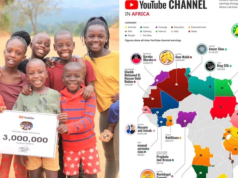